For the first time ever, Play On Words is performing in a theatre! We are kicking off our 2017-2018 season with a special reading at the Dragon Theatre in Redwood City on Monday, October 9. This show features work by Bay Area women writers who challenge–and occasionally mock–gender norms. Unlike our ensemble shows, Monday’s performance will showcase two short stories and one translated monologue. Look forward to work by:

Leah Griesmann has received grants and residencies for her fiction from the MacDowell Colony, the Elizabeth George Foundation, the Key West Writers’ Workshops, Seoul Art Space Yeonhui, the Swatch Art Peace Hotel in Shanghai, the DAAD (Berlin), and the Martha Heasley Cox Center for Steinbeck Studies. Her stories have appeared in Burrow Press Review, J Journal: New Writing on Justice, The Weekly Rumpus, Union Station, The Boiler, The Cortland Review, Boston University’s 236 Magazine, and PEN Center USA’s The Rattling Wall, and have been performed at Litquake San Francisco, The Center for Literary Arts, Sacramento Stories on Stage, the New Short Fiction Series in North Hollywood, and the Shanghai American Center.

Melinda Marks, Play On Words co-founder and casting director, has performed as an actor for more than 25 years. Melinda has an MFA in Shakespeare and Performance with a concentration in directing at Mary Baldwin University and an MA in Theatre Studies from San Jose State University.

We are delighted and grateful to showcase performances by Melinda, as well as: 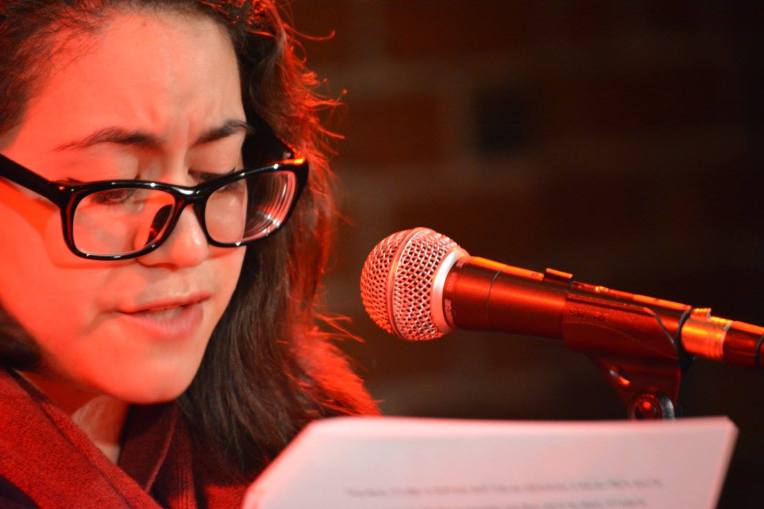 RSVP for our show here. There is a $5 suggested donation for Monday’s show. Hope to see you there!