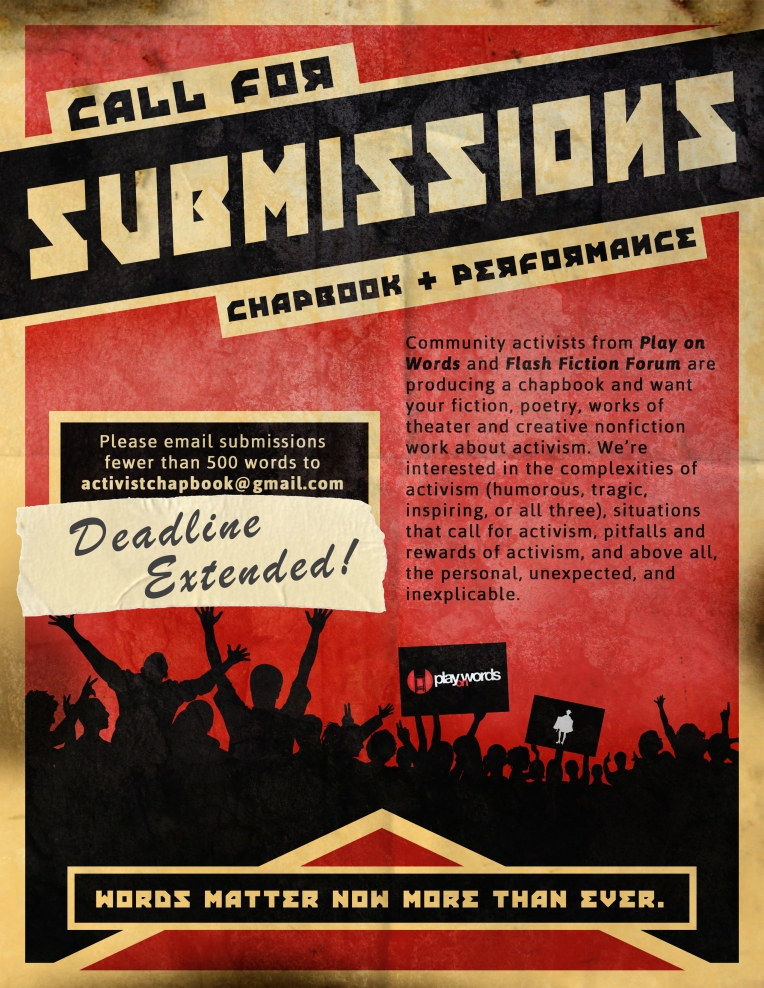 Good news, Playonwordsians: We are extending the deadline for the chapbook that we are producing in conjunction with the fabulous Flash Fiction Forum. You’ve got until October 15 to send 500 words of fiction, nonfiction, poetry or theatre to activistchapbook@gmail.com.

Not sure where to start? Here’s a brief recap of recent headlines that might trigger a response:

There are lots of ways to resist and show solidarity with communities whose livelihoods and basic civil rights are at risk. We’re hoping to provide a platform for writers to speak up and speak out.

We look forward to reading your work.